Purpose of the Role:
Develop and implement accounting policies, programmes, and systems to control the organisation’s financial assets and provide complete and accurate financial information and records.
Primarily responsible for the integrity of all project related financial data and reporting, including billing, cash and debtor management. Duties and responsibilities:

Remuneration Package: Up to AED 35,000 + benefits
Reference Number: RMC912021
Posted: 22nd October 2012
Description:
You will be a well versed Shipping and Logistics professional with:

Reform Management Consultancy will take the pressure on you and help you by taking care of all your HR work and let you focus on your daily task.

Managing day-to-day Human Resource task is becoming increasingly time-consuming and complex, due to ever growing legal requirements and employee expectations. Outsourcing part or all of your HR and Payroll can save you time and money, allowing you to focus on value added, strategic activities.

For more inquiries, visit our website it's Reform Management Consultancy. Just leave your message or submit your CV then we'll be contacted you soon.
Posted by Unknown at 2:46 PM 0 comments

Affordable Automobile For YOU!!

For inquiries kindly text or call the number posted.
Rico: (+63)09204713731
Just click the link below or the title article for more pictures:
http://s56.photobucket.com/albums/g178/dymine03/Affordable%20Automobile/?start=all
Posted by Unknown at 6:26 AM 0 comments 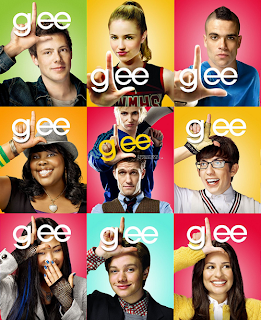 I'm done with the Season 1 of gLee. And so far, it is a remarkable tv series base from america and currently air in their Season 2. gLee is an art club, it focuses on high school choir called " New Directions" from William Mckinley High School . It is a musical comedy tv series lead by Will Schuester(Teacher/choreographer), Sue Slyvester(rival of the club/coach of cheerers), Rachelle Berry(Main Female Singer) with Finn Hudson(Main Male Singer), and the other six members (Kurt Hummel, Mercedes Jones, Artie Abrams, Tina Cohen-Chang, Noah Puckerman, Quinn Fabray). It is like a High School Musical of Vanessa Hudgens and Zack Efron,but Im more fanatic of gLee. I really like the plot and the story itself. It's not just all about entertainment but also it shows the relationship between the teacher and the students. Also the fair share of their part regardless of their talents whether he or she is superior or not . More of moral lesson to be learn by the viewers. And now, I'm searching for the Season 2., So I guarantee all of you to watch this Tv series.. :D
Posted by Unknown at 7:34 AM 0 comments

EDITORIAL - After the Senate probe

There are three things that must be done to ensure that the Blue Ribbon probe does not go to waste. The most immediate task is to prevent any of the individuals recommended for criminal prosecution from leaving the country. If there is no legal basis to prevent their departure, the government should at least keep track of their whereabouts. Under the United Nations Convention Against Corruption, signatory states are duty-bound to extradite individuals wanted for corruption.

The second task is to effectively prosecute and punish the guilty. This scandal has dragged on long enough. Gordon said his committee has enough evidence to build an airtight case against the people recommended for prosecution. There is no reason to delay their indictment.

The third task is to implement measures to prevent a repeat of the fertilizer scam or any other diversion of public funds to private war chests, especially with general elections approaching. The Blue Ribbon committee is seeking amendments to the Anti-Money Laundering Act, the Bank Secrecy Act and the Procurement Act as well as the Senate’s rules of procedure on direct contempt.

Amending those three laws can also help prevent a repeat of other anomalies such as the rigging of bids for infrastructure projects and the collection of fat commissions for brokering deals with the government. Congress can get to work immediately on those amendments for approval before lawmakers become too busy with their election campaigns. Even if government prosecutors drag their feet on this case, something positive should come out of this scandal.

Those laws are good if it will pursue by the government officials, if it really applies to the operation of the government taskforces especially with those groups who formulate the rules. But in my opinion, when riches man are evolve with that crimes, I don’t think it would be effective for them, because, as of now. Politicians are unfair, they don’t get things equally. For riches, all things can buy through money. And I guess they can be bought by money. Hoping if they really apply that kind of rules, then they should not choose the person who are involve in that crimes whether they are rich or none. If criminals really violate the rules then they have to do their job which is to send criminals into jail regardless with their life standard. Just like what happen to the Alabang boys, they, equipped from their offenses. Hoping it would be fair.

From military deputy chief for comptrollership to convict, the journey has been a long one for retired Maj. Gen. Carlos F. Garcia. The highest ranking military officer to be indicted for a criminal offense, Garcia nearly managed to retire in peace in 2004, with his colleagues in the Armed Forces of the Philippines seemingly reluctant to go after a two-star general on accusations of corruption. But the Ombudsman at the time, Simeon Marcelo, doggedly worked to pin down Garcia. In the end, Garcia was court-martialed and faced several criminal cases before the Sandiganbayan.

Yesterday, over five years after Garcia’s son was apprehended by US Customs authorities at the airport for failure to declare $100,000 in cash, the disgraced general was convicted of perjury by the anti-graft court. Though the maximum sentence of two years was less than the time Garcia has already spent in detention, the conviction for failure to declare P7 million in his account with the AFP Savings and Loan Association Inc. could strengthen the bigger case against him for forfeiture of undeclared wealth.

Garcia was indicted over a year after junior military officers staged a curious mutiny in a posh hotel to denounce, among other things, corruption in the AFP. Garcia’s court-martial was complemented by a major overhaul of the procurement process in the AFP and Department of National Defense. Under the reform program, red tape was cut and transparency in bidding and procurement promoted. The AFP and DND must not go back on those reforms and must in fact work to strengthen them.

In December 2005, a military court found Garcia guilty of undeclared wealth. He was dishonorably dismissed from the AFP and sentenced to two years of hard labor. The Sandiganbayan, for its part, must speed up its resolution of the other cases against Garcia. The two-star general found himself in trouble after his wife Clarita, coming to the defense of their son, explained in writing to US Customs authorities that the $100,000 came from her husband’s miscellaneous earnings as a comptroller. This is one of the rare cases where efficient prosecution has led to the conviction of a big fish. With more cases like this one, crooks in government may finally realize that in this country, not everyone can get away with crime.

Mostly all politicians were involved in crime such as corruption. Nowadays, crisis is rising because; politicians corrupt the taxes that have to be used for the development of the country. Higher ranks in politics got higher bunches of money, Power leads them in corrupting, because no one can appoint them because of fear. Just like, what Gen. Garcia done. He was guilty from corruption, also his son who had but submitted $100,000. It is so painful to see that Filipinos are paying their taxes, but politicians are only corrupting it. Politicians got rich, but the poor get poorer. If those cases still happen years from now then, Filipinos have no chance to feel lighten up from the burden in paying taxes.